I’ve heard it said that, “life is what happens when you’re busy making other plans.” I did not believe this until 2016, when I took my first training – Birth to 3 at MECR. I can only describe the effect of that summer as dividing, splitting my life into the time before Montessori and everything from then on. The training was very transformative, focused not only on the “albums” but the inner preparation of a teacher. When I took my EC Montessori training at MECR the summer of 2019, I was totally convinced that MECR was my MECCA. They are very intentional on creating a diverse learning space that supports inclusivity and practice radical hospitality. 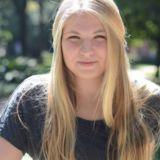 I loved my time at MECR because of the spiritual transformation and preparation of the adult that occurs. I left MECR with robust knowledge on materials, development, and pedagogy, but more importantly I was spiritually prepared to honor and nurture the children I worked alongside. It is truly a transformational experience! 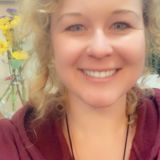 My training with the Montessori Education Center of the Rockies was a positive and life-changing experience. I have more trust and respect for my students, more confidence in my teaching, and more joy in my everyday life. Through MECR, I attended an intensive summer training program to cover the curriculum and philosophy of the Montessori Elementary I-II curriculum. Taking my Montessori training at MECR was the best step I ever took in my career. 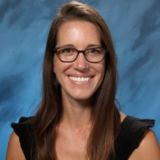 The Montessori Education Center of the Rockies supports the learning experience and fosters the creativity of its students.  The educators, instructors, and staff provide a caring experience that reflects the positive learning environment of a Montessori classroom in a setting that supports adult learners.  My first experience at MECR was to receive my Early Childhood training, and I enjoyed it so much that I went back again for Lower Elementary!  The deep exploration of the Montessori philosophy that I learned at MECR helps me teach first through third graders everyday, and I know my teaching is much better as a result. 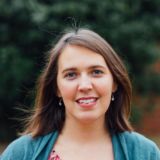 I began my MECR journey in 2018 after several years in a Montessori classroom. The training I received was superb. The instructors were not only knowledgeable about the curriculum and classroom management, but they were filled with joy and offered encouragement every step of the way. While rigorous, I never felt as if I were alone. The staff, both instructional and administrative, were always there to help me and offer guidance. There is truly a MECR family, and I feel I will always be a part of it. MECR provided a transformational experience for me.  The community of engaged learners and supportive instructors helped prepare me for my career and beyond.  I can’t imagine a greater place to learn and grow as a person and educator. 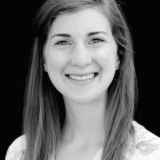 MECR is certainly a place that is full of such incredible humans, who are all working toward creating a space to inspire the next generation of learners. I am so grateful to have had the chance to be a part of both Lower Elementary and Upper Elementary courses and witness all that the Montessori philosophy has to offer for the Elementary student. Thank you for this home-away-from-home and showing me this piece of greatness in Colorado. 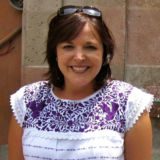 My experience at MECR was life-changing. The moment I walked into the door, I felt like I walked home. The environment radiated with acceptance, learning, respect, and love. The instructors beautifully modeled Montessori’s philosophy of grace and courtesy. Also, I deeply cherish the friendships I made during my process of learning and growing as a future Montessorian.